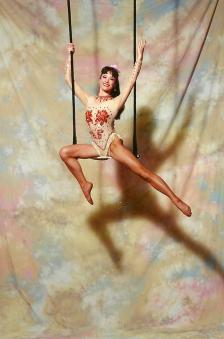 ran away with the circus at the age of 19 when she joined Ringling Brothers and Barnum and Bailey Circus as a showgirl.  For this trained ballet dancer, the circus presented opportunities she hadn’t previously considered.  The clowns taught her how to juggle and she learned basic aerial skills from the acrobats.  She spent two years touring the United States, returned to the theater for a few years, and couldn't pass up the experience to tour with the circus for two more years when it went to Japan.  She has never been able to shake the sawdust and the sequins from her heart.﻿

After leaving the circus, Grace headed to Orlando, Florida where she created and presented an aerial hoop act and a single trapeze act at a dinner theater in the early 1990s. She also performed a Spanish web act at a prominent downtown night club.

In 2001, Grace began sharing her love of the circus by teaching workshops for at-risk youth through an outreach program of Cirque du Soleil.  She founded Orlando Youth Circus in 2007 to enrich the lives of Central Florida youth by offering a unique opportunity to experience the physical, emotional and social benefits of circus arts through classes and activities. In addition to her role as presenter of Orlando Youth Circus, she has returned to performing on the aerial hoop after a 17-year hiatus! ﻿ 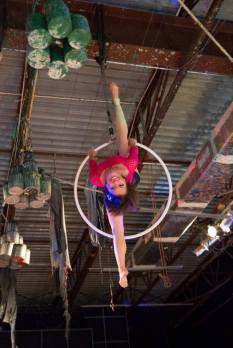